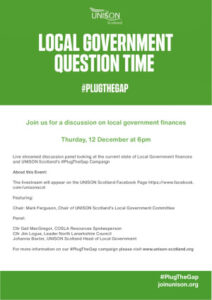 The livestream will appear on the UNISON Scotland Facebook Page https://www.facebook.com/unisonscot

For more information on our #PlugTheGap campaign please visit www.unison-scotland.org