UNISON is calling on the government to give all NHS workers a pay rise of at least £2,000: #OneTeam2K

Health workers across the UK are nearing the end of a three-year pay deal. They are due a pay rise in April, but UNISON and other health unions want this brought forward to show appreciation for NHS employees.

The Scottish government has publicly committed to a speedy settlement of the 2021/22 pay deal but we need more than promises. Please see our UK campaign page here.

Tam Waterson, chair of UNISON Scotland’s health committee, said: “We welcomed the Scottish government’s £500 bonus payment for NHS workers, UNISON was the only trade union campaigning for this money and it shows the power of being in a union and what can be achieved as the result of a strong and powerful campaign.

UNISON has now moved its campaigning for a decent pay rise for all NHS staff who have gone above and beyond to look after us during this crisis. NHS staff deserve a pay settlement that recognises the sacrifice so many have made over the pandemic and starts to restore some of the reals terms pay cuts of the past decade and show how much the government values the role they play in Scotland.

What we need you to do NOW

Contact your MSPs and tell them how you feel. You can write your own email or  click here to use our automated system. Please ask your friends and family to do the same.

Please ensure you have updated your details on My UNISON. This means we can keep you fully informed and ensure you can take part in any ballot.

We need a correct postal address, mobile phone number, valid email address and your agreement to be contacted.

Updating is quick and easy at My UNISON (https://www.unison.org.uk/my-unison) even if you have not already registered. You need your membership number. If you need help use please contact us at your branch.

Negotiations are under way in our NHS on the future of Agenda for Change and I will work with the Cabinet Secretary for Health to deliver for our NHS workforce.”

UNISON welcomes the recognition for the lowest paid but this falls short of a decent pay rise for public sector workers. We need a pay settlement that recognises the sacrifice so many have made over the pandemic, restores some of the reals terms pay cuts of the past decade and shows the government values the role public sector workers play in Scotland. UNISON full response is here

More than 1,200 health service staff from across Scotland took part in UNISON research, which has also been submitted to the NHS pay review body.

Many staff are at breaking point, often working long back-to-back shifts to deal with worsening staff shortages and packed hospitals as infections soar.

As health workers come under increasing strain because of the rise in infections and hospital admissions, many say they are considering their future in the NHS, the survey finds.

A pay rise would provide reassurance and comfort to staff and help them feel more valued, the survey shows. Almost two thirds (61%) say NHS pay is an important issue in their workplace.

According to the survey, a pay rise awarded now would reassure many that their efforts are being recognised. Almost nine in ten (88%) say it would boost their morale. 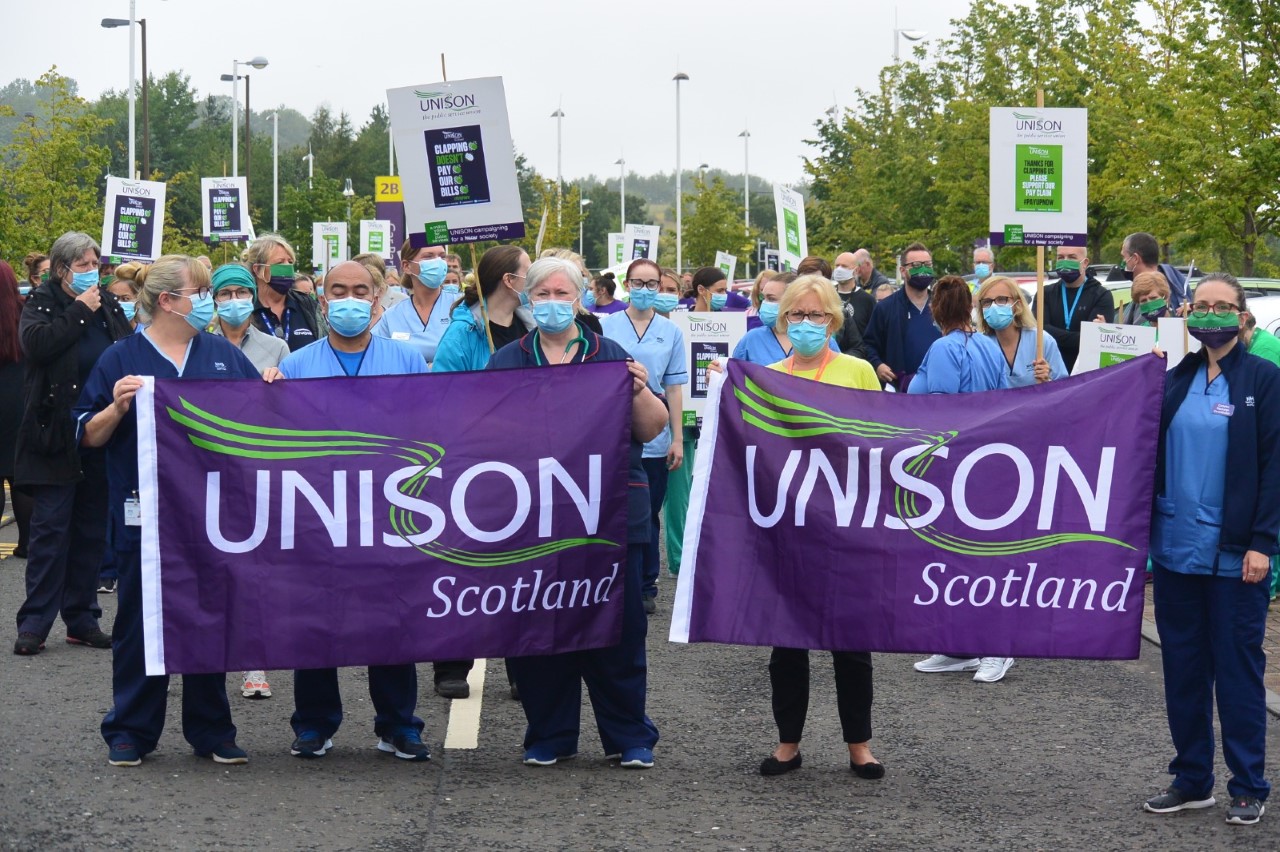 Willie Duffy, UNISON Scotland’s head of health, said: “The Scottish government needs to invest in pay to help turn the disillusionment of staff around. While its commitment to pay a £500 ‘bonus’ to staff is a welcome acknowledgement of the extraordinary efforts of health workers, it is not the full pay rise they deserve.

“Our NHS staff are beyond exhausted and feel let down by politicians who expect health workers to give everything but show them little in return.

“A rise of £2,000 as soon as possible would persuade many NHS staff to stay and encourage others to consider a career in health.

“We’re calling on the Scottish government to fulfil its commitment to a speedy settlement of the 2021/22 pay deal so we can get money into the pockets of our hardworking NHS staff as soon as possible.

“Extra money in their pockets will mean more spending in local economies, giving a huge boost to the recovery when the lockdown begins to ease.” 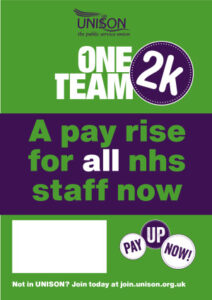